Best Jazz Songs of all Time with Download Link 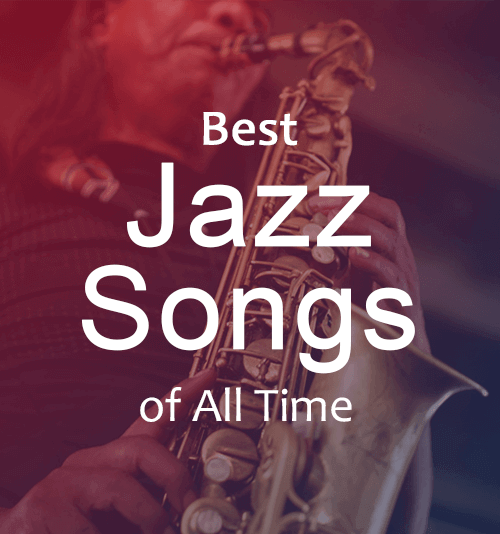 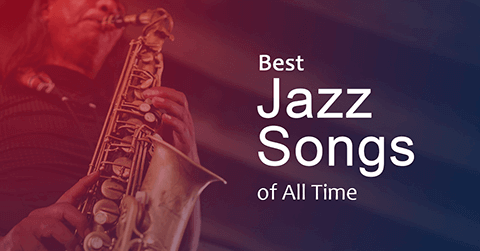 Ask a dozen different jazz lovers what the best jazz songs of all time are,

And you will get a dozen different answers.

But there are always those certain jazz songs that are almost in everyone’s list.

As with any musical genre the music of jazz has moved through creative stages.

The genre has been in existence for over a hundred years;

However, that time of unparalleled recording has left us with a massive repertoire of incredible jazz music to enjoy.

Let’s take a look at why some songs just keep popping up on a lot of peoples lists.

Take the A Train - Billy Strayhorn

Released in early 191 by the Duke Ellington Band, this song became an instant success and still remains a favourite to listen to and record to this day. Even outside of the jazz genre, bands still play this song and people enjoy listening to it. Reminiscent of a moving train this song rolled its way into the jazz repertoire for good.

This song has some real staying power and has been recorded countless times.  Ellington himself recorded the song over 100 times. The song stands up equally in the big band scenario or the small ensemble. This is a fan favourite and musicians favourite as well due to its adaptability to different moods and ahead-of-its-time construction.

It is the torch song and in some corners, hailed as perhaps the greatest jazz ballad ever written to date.  It is the jazz ballad that saxophonists test their mettle on as musicians. Written in the 1930s, this song still holds up the corner of the jazz building.

This intricately harmonic song has been called a “sophisticated jazz ballad”, but don’t let that scare you off.  It is quite beautiful to listen to. John Coltrane really brought this one to the public’s attention as he himself so captures the beauty of the jazz ballad in his own compositions.

This one really struck the public making it a huge hit. The song was released in 1959.   It reverberated with people, by perhaps capturing the essence of jazz at the time.

Not only is the song itself considered a masterpiece of writing, but it did and still does, strike a vibe today with its aura of sophistication derived from the simplest of phrases.

It is a memorable and great tune that will probably seem familiar to you even if you can’t recall hearing it.

So What - Miles Davis

Even non-jazz lovers may have heard this one.  It is the penultimate gateway to jazz for many newcomers to the genre.  It is immediately accessible to the listener and yet provides a haunting spin into jazz.

In 1959 this song was a bit of a shocker when released due to its minimalistic approach with less chord changes and a foray into soloing over modes instead of chord changes.

This is from Miles Davis’ album “Kind of Blue”, which has been called, and perhaps is, the most important album of its time.  This album was the point in time in which the newer forms of modal playing officially arrived on the scene.

Don’t let this musicians talk of modes dissuade you though, as the entire album is just plain great listening.

Georgia on My Mind - Hoagy Carmichael

The most well known and loved jazz song of all time.

It has of course crossed over into other genres as well, thanks to Ray Charles (thankyou Mr. Charles), Willie Nelson to Dean Martin and Coldplay, and has become even more famous than when the original jazz version first played in the early 1930s.

No list would be complete without a ballad from Coltrane’s quartet.  The “Ballads” album is just steeped in the laid-back late night vibe.

Do yourself a favour and get the album.

This song is absolutely one of the best.  Charles Mingus composed this as a tribute to tenor sax man Lester Young. Everyone from big bands to solo guitarists has given this one to someone they love.

John McLaughlin performs a fantastic version in his 1970 album, “My Goals Beyond”. Even Jeff Beck and Joni Mitchell have done justice to this one with Mitchell digging right in as a tribute to Mingus.

The famous Brazilian composer cannot be left off of any list, and in one of his most successful compositions, he still infuses that Brazilian feel.

The song itself on first listen can appear as a simple tune due to its range and phrasing, and it is this laid back feel that makes the song appear so casual, when in fact, it is not easy to perform as a musician.

When performed well, it comes across as an emotional journey versus a song that has any standard type of structure, making this song desirable to record.  Various and unexpected people have tried and some releases are better than others.

A beautiful recording of this song by Diana Krall from her 2006 album, “From This Moment On” is an excellent rendition.

There are just so many great tunes.  Here’s a few more that deserve listening.

As mentioned, there are just so many great tunes that I could run out of paper here, but what about some jazz tunes of today that are worth listening to?

Here are some new songs from the last year or so for you to check out.

2. Some New Stuff of Jazz Music

1.“Unknown Land” by Giuseppe Millaci
2.“Come on” by Phillip Brandon
3.“Vintage Love Songs” album by Daniel Roure
4.“Don’t Give Me” by Yonrico Scott
5.“Thinking of What Might Be” by Cody Carpenter
6.“Soulful” by Cal Harris Jr.
7.“First Impressions” album by Ryan Slatko
8.“Crossroads” by Eve Cornelious
9.“Off Beat” by Katie Thiroux
10.“She’s So Sensitive” by John Pizzarelli
11.“The Moment of Truth” by Lawrence Clarke
12.“Armame” album Lauren Henderson
13.“Windows and Lights” by Fabio Marziali
14.“Ascension” by Roman Miroshnichenko
15.“Mostly in Blue” by George Cotsirilos

I urge you to continue to explore and find what song or types of jazz songs really speak to you.

Here are some great sites that might help your search and offer all kinds of jazz related information.

1. Here is a great site (online magazine) for some of the latest and some of the greatest in jazz music. 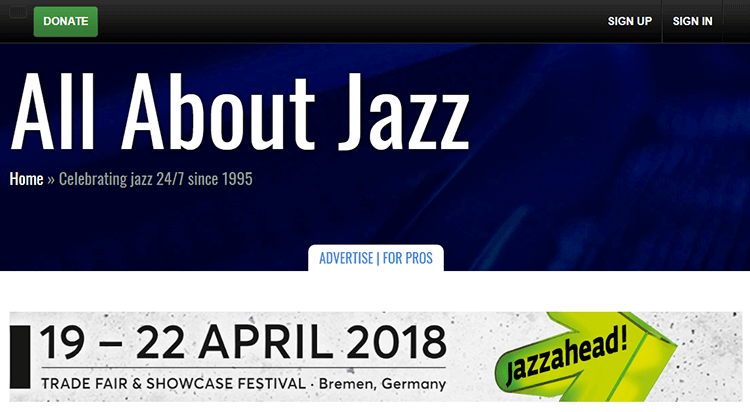 2. The following is a site for jazz lovers containing lots of information and also streams music. 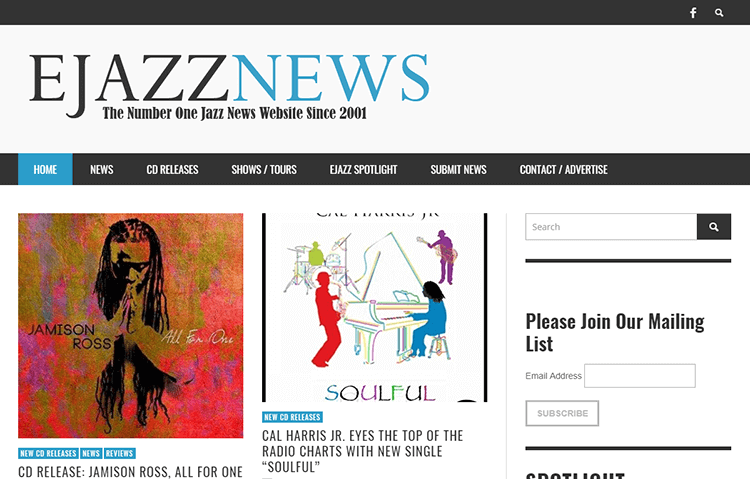 3. This is a site for the exploration of classic jazz from the early 20th century with free downloads due to the expiration of copyrights. 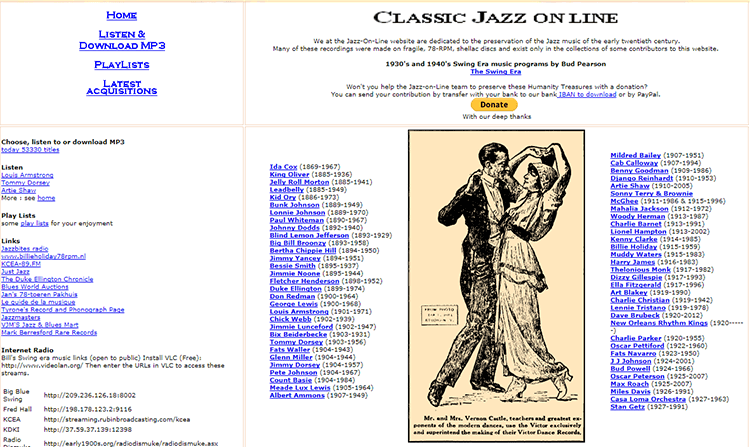 4. Here is a unique site with documentaries, learning aides and more. 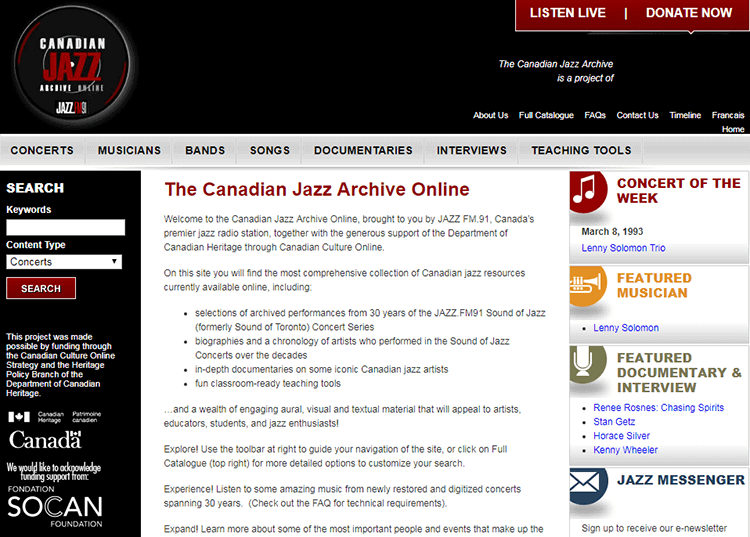 There are many other sites available to learn more about what might be your favorite artists and songs or even to learn how to play jazz.

Looking back over this post you will probably see more than a fair share of jazz ballads. These also tend to be played in a variety of ways. Sometimes, even the slowest ballad is taken at super high tempos, but that’s the fun! It depends on your mood sometimes but there is no denying that these are some of the best jazz songs, and whatever your mood, have fun and create your own list of personal favorites.

Enjoy! If you have any question and Jazz songs want to share with us.

Marc-Andre Seguin is the webmaster, “brains behind” and teacher on JazzGuitarLessons.net which is the No.1 online resource for learning how to play jazz guitar. He draws from his experience both as a professional jazz guitarist and professional jazz teacher to help thousands of people from all around the world learn the craft of jazz guitar.

[ Related Articles to Best Jazz Songs of All Time ]