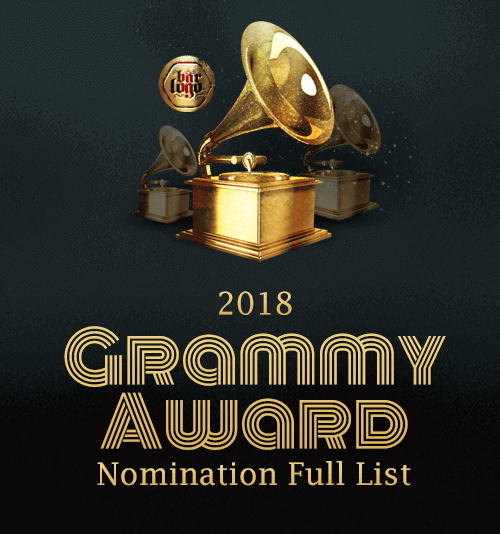 There is no doubt that it’s the opening of a big music event for all music lovers!

The Recording Academy announced the nominees in all 84 categories.

Jay-Z led the nominations for the 60th Grammy Awards with eight. Congratulations!

As for the nomination of great songs, Despacito was included in favor with the general public.

Then who or what songs else are nominated in 2018 Grammy Awards?

I’ll give you the answer, and you can download all these excellent finalist songs with a directway here!

By the way, we will give a detailed sharing of the 1st award - General Field.

Can’t wait to get access to them? Come on with me! 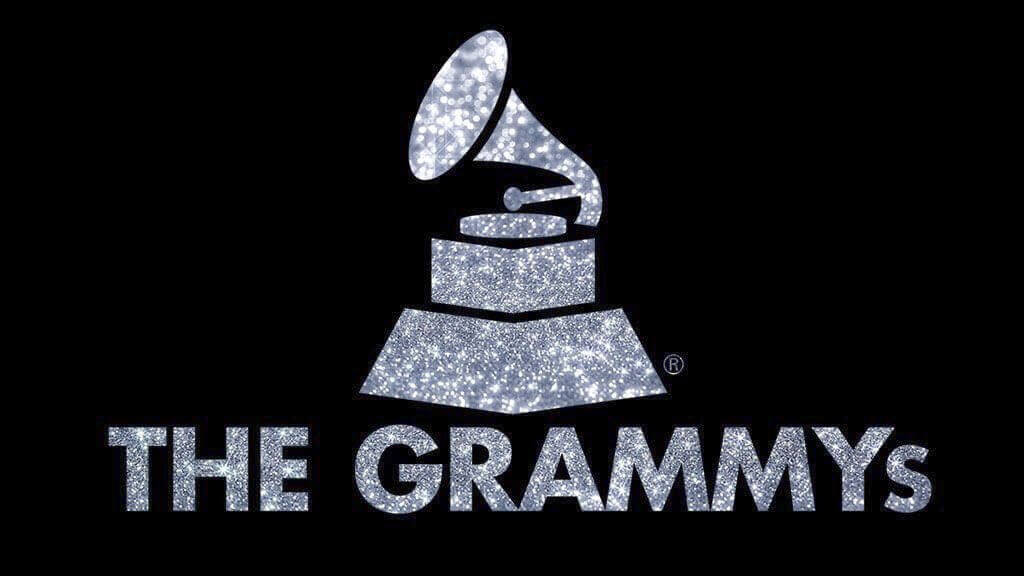 GENERAL FIELD
Record of the Year:
Redbone
- Childish Gambino
"Redbone" was released on November 17, 2016. The 2017 film Get Out, featured the song during the film's opening scene and end credits. The song has peaked at No.1 on the US Adult R&B Songs (Billboard) and No.2 on the US Rhythmic (Billboard).
Music video by Childish Gambino performing Redbone, it got 175M views on YouTube. And it received 3 Grammy Award nominations.
Download Redbone here >>
Despacito
- Luis Fonsi & Daddy Yankee Featuring Justin Bieber
"Despacito" was released on January 12, 2017 by Universal Music Latin. It’s a single by Luis Fonsi and Daddy Yankee featuring Justin Bieber. The official lyrics video has received more than 3 million views. Commercially, the song has reached at No.1 more than 10 countries, including Australia, UK, US about 20 charts!!!
With 4.5B views on YouTube, Despacito become the most-viewed music video on the site. It also received Latin Grammy Award and America Music Video.
Free download Despacito mp3 >>
The Story of O.J.
- Jay-Z
"The Story of O.J." is the opening track of his 13th album 4:44. It was released on Jun 30, 2017. The song has peaked at No.23 on US Billboard Hot 100. What should be mentioned is that the striking video examines issues of racial stereotypes in the history of cartoons and in the history of America itself. Totally a different one!
Watch music video “The Story of O.J” from Jay-Z new album 4:44 and figure out what’s the story of O.J.
Download The Story of O. free mp3 >>
HUMBLE.
- Kendrick Lamar
"Humble" was released on March 30, 2017, by Top Dawg Entertainment, Aftermath Entertainment and Interscope Records. It is the only rap song in 2017 to sell over 1,000,000 digital copies. The song reached at No.1 on US Billboard Hot 100, US Hot R&B/Hip-Hop Songs (Billboard) and US Rhythmic (Billboard).
"Humble" was nominated for eight categories at the 2017 MTV Video Music Awards, winning six awards including Video of the Year.
Humble free music download >>
24K Magic
- Bruno Mars
"24K Magic" was released on October 7, 2016 served as the lead single from his 3rd studio album of the same name. The song has earned Bruno Mars several top 10 on the Billboard chart, such as US Dance Club Songs (Billboard), US Adult Top 40 (Billboard) and US Rhythmic (Billboard).
24 Magic music video got 915M views on YouTube. Let’s enjoy the Bruno Mars’s magic voice and performance now!
Download 24K Magic now >>
Album of the Year:

The album consists of 10 songs as following, each one is available.

Here are all songs of this album and you can get them off:

Melodrama is the 2nd studio album by New Zealand singer Lorde, released on 16 June 2017 through Republic Records. The album entered the UK Albums Chart at No.5, selling 17,026 copies in its 1st week.

The following are songs of the whole album for you to save:

The album contains 9 songs including a title song, just see and download them:

24K Magic
Chunky
Perm
That's What I Like
Versace on the Floor
Straight Up & Down
Calling All My Lovelies
Finesse
Too Good to Say Goodbye
Song of the Year:
Despacito
- Luis Fonsi and Daddy Yankee featuring Justin Bieber
It’s a remix version released on April 17 2017. Also the remix alone topped the charts of Finland, Malaysia, New Zealand, Norway and Poland, and reached the top ten 10 in Mexico and Spain. The song was nominated for 2 awards, it deserves them!
With 4.5B views on YouTube, Despacito become the most-viewed music video on the site. It also received Latin Grammy Award and America Music Video.
Download Redbone here >>
4:44
- Jay-Z
The album's title track, "4:44", was released as the lead single to rhythmic contemporary radio on July 11, 2017. The song has reached at No.1 on the US Streaming Songs (Billboard). The same name received 2 nominations. Great!
As the biggest nominee winner of Grammy Award, Jay-Z produced his new album “4:44” with other 10 singles. Let’s enjoy!
Download 4:44 mp3 for free >>
Issues
- Julia Michaels
"Issues" was released on January 13, 2017 through Republic Records. The song peaked at No.4 on the US Mainstream Top 40 (Billboard), No.7 on the US Adult Top 40 (Billboard) and so on. And Julia Michaels performed "Issues" at the 2017 Radio Disney Music Awards on April 30, 2017.
Isuues was recorded for Julia Michaels’s 2017 new EP Nervous System and served as the first track. Let’s enjoy the music video now!
Julia Michaels Issues free download >>
1-800-273-8255
- Logic Featuring Alessia Cara & Khalid
“1-800-273-8255” is a single by Logic featuring Alessia Cara and Khalid. The song has been performed at the 2017 MTV Video Music Awards, and later, it reached No.3 on the Billboard Hot 100. The single was certified double platinum by the Recording Industry Association of America (RIAA) on September 25, 2017.
The song's name (1-800-273-8255) is the phone number for the National Suicide Prevention Lifeline, so what’s the music video about? Watch it!
Download 1-800-273-8255 music for free >>
That's What I Like
- Bruno Mars
It’s a song from Bruno Mars’s 3rd album, 24K Magic, and released on Jan 30, 2017. The song topped on the Billboard for 4 charts, including US Billboard Hot 100, US Hot R&B/Hip-Hop Songs (Billboard), US Mainstream Top 40 (Billboard), and US Rhythmic (Billboard). It is the highest charting single in the United States from this album.
That’s what I like got 1B views on YouTube, top on the Billboard chart and got 2 nominations at the 60th Grammy Award. Enjoy the music video now!
That's What I Like mp3 download now >>
Best New Artist:
Alessia Cara
Alessia Cara is a young female singer, whose genres are alternative R&B, pop and R &B. Her singles, "Here" and "Wild Things" has received great critics. In 2017, Cara collaborated with producer Zedd to create the single "Stay", and rapper Logic to feature in his song "1-800-273-8255". As for “Stay”, it peaked at No.7 on Billboard Hot 100, and No.1 on the Mainstream Top 40.
Enjoy this Billboard NO.7 single “Stay” by Alessia Cara and Zedd. And give our best wishes to this Grammy Award Best New Artist nominee to Alessia Cara.
Alessis Cara songs free download >>
Khalid
Khalid is R&B singer who is only 19 years old. He began her charting with his single "Location". His new album, American Teen aired on March 3, 2017, and earned him Top R&B/Hip-Hop Album. “Young Dumb & Broke” is one of his new songs in 2017, it reached at No.4 on the US Rhythmic (Billboard) and No.8 at US Hot R&B/Hip-Hop Songs (Billboard).
The song's accompanying music video premiered on August 1, 2017 on Khalid's Vevo account on YouTube. As of November 2017, the music video has over 180 million views.
Khalid songs free download >>
Lil Uzi Vert
Lil Uzi Vert is an American hip hop recording artist. Lil Uzi Vert's style of rap has been compared to rock, as well as being labeled with the term emo rap. He gained recognition after releasing his debut single, "Money Longer". On March 24, 2017, Uzi released the song "XO TOUR Llif3" as a single. The song reached at No.7 on the US Billboard Hot 100 and No.5 on the US Hot R&B/Hip-Hop Songs (Billboard).
XO Tour Llif3 peaked at number seven on the US Billboard Hot 100, becoming Lil Uzi Vert's highest-charting single.
Download Lil Uzi Vert songs for free >>
Julia Michaels
Julia Michaels began performing as a teenager and her main genres are pop, dance and EDM. She has aired her new songs in 2017, such as "Issues", "How Do We Get Back to Love" and “Worst in Me”. And the latter, has topped the New Zealand Heatseeker Albums (RMNZ).
Worst in Me became a top 30 hit on the Adult Contemporary chart and the Adult Top 40, although it failed to enter the Billboard Hot 100
Julia Michaels songs free download >>
SZA
"SZA is a neo soul singer whose music has been described as alternative R&B, with elements of soul, hip hop, minimalist R&B, cloud rap, witch house and chill wave. She released her debut studio album, Ctrl, on June 9, 2017. And a song of this album named "Love Galore" has peaked at No.3 on the US Rhythmic (Billboard) and No.5 US R&B/Hip-Hop Airplay (Billboard).
SZA performed the song at the 2017 BET Awards and on Saturday Night. Let’s enjoy her amazing live show!
SZA songs free download >>
POP
Best Pop Solo Performance:

Feel It Still-Portugal. The Man

Nobody But Me (Deluxe Version)-Michael Bublé

What If – The Jerry Douglas Band

You Want It Darker – Leonard Cohen

Go to War – Nothing More

Blood in the Cut-Kristine Flaherty and Justin Daly

The Stories We Tell Ourselves – Nothing More

Villains – Queens of the Stone Age

A Deeper Understanding – The War on Drugs

Laugh and Move On – The Baylor Project

All the Way – Ledisi

I Could Use a Love Song – Maren Morris

It Ain't My Fault – Brothers Osborne

From A Room: Volume 1 – Chris Stapleton

The Journey – The Baylor Project

The Dreamer Is the Dream – Chris Potter

Whispers on the Wind – Chuck Owen and the Jazz Surge

Too Hard Not To – Tina Campbell

Never Have to Be Alone – CeCe Winans

What a Beautiful Name – Hillsong Worship

Bigger Than Me – Le'Andria Johnson

Give Me Jesus – Larry Cordle

Art of the Arrangement – Doug Beavers

I Never Cared for You – Alison Krauss

If We Were Vampires-Jason Isbell

It Ain't Over Yet-Rodney Crowell

The Nashville Sound – Jason Isbell and the 400 Unit

All the Rage: In Concert Volume One [Live] – Rhonda Vincent and the Rage

Got Soul – Robert Randolph and the Family Band

The Queen of Hearts – Offa Rex

You Don't Own Me Anymore – The Secret Sisters

Top of the Mountain – Dwayne Dopsie and the Zydeco Hellraisers

Feel What U Feel – Lisa Loeb

Our Revolution: A Future to Believe In – Bernie Sanders and Mark Ruffalo

Astrophysics for People in a Hurry – Neil deGrasse Tyson

A Speck of Dust – Sarah Silverman

Never Give Up (from Lion) – Sia Furler & Greg Kurstin

Stand Up For Something (from Marshall) – Common & Diane Warren

Best Arrangement, Instrumental or A Cappella:

Another Day Of Sun-Justin Hurwitz

Every Time We Say Goodbye-Jorge Calandrelli

May 1977: Get Shown The Light-Masaki Koike

Arthur Q.Smith: The Trouble With The Truth-Wayne Bledsoe & Bradley Reeves

Live At The Whisky A Go Go: The Complete Recordings-Lynell George

Producer Of The Year, Non-Classical:

Producer of the Year, Classical:

Music Of The Spheres-Nigel Short

That’s all about the nominations of 2018 Grammy Awards.

There is no denying that it’s a great ceremony for all the music lovers.

Does your favorite artists or works been nominated?

Here, just share us with your answers or feelings in the below comments!

And if you want to know about more this award, just follow us!

Have a good day!